Please let that German/language document be translated into many languages and be handed over to the right places.

The free English translation on 26 October 2021.

It is very difficult to deal with foreign religions, but if one seriously deals with the situation given today and with the world religions, then one comes to the conclusion that the whole of the old and transmitted world religions are joined together through Creation and finally in the one Creator, who had already united with the whole of humanity through his incarnate Son and banished himself again in the 20th century (1984).

This is not a matter of human wishes and desires or a question of faith; this is the will of our all Creator, which He Himself revealed through the human spirit. This means in plain language that no human being may force or impose a faith on another.

An affiliation of faith is in this situation solely the business of the Creator, of heaven, of earth as well as of the entire universe, whereby he needs a management and certainly also the corresponding manager, my person on earth and probably already had to pay a high price to claim the respective corresponding price from humanity.

The corresponding order goes out to the whole of humanity for natural reasons, because the clear will of the Creator does not concern individual groups or communities, but because it concerns the whole of humanity and thus all living beings, all deceased as well as all descendants are involved in the matter and in the commission.

The ancient religions show us different paths and directions after the death of a human being, whereby there will certainly be several stages and several "dwellings" after life through death.

Christianity has already "itself tied down", whereby not all Christians were really baptised by the Holy Spirit, but could also be bound to the Lord God through the ancestors, whereby indirectly all humans or even all living beings were bound into the cycle of life. 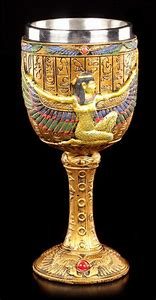 "Tied down", however, also means that the adversary or devil belongs in this "equation" because it was the will of God and thus he also established and determined the nature of human, formed by a free will and a free spirit.

Thus, human is not free-willed or infallible and is seemingly similar to the Creator, but arguably not equal in nature. Other faiths refer to the Creation of new life, through the life already lived, with the soul of human being the sustaining force, which can usually be returned to the ever-recurring cycle of life.

Only a few people achieve absolution or Nirvana, in that they have remained free of sin and guilt in life and thus cannot enter the cycle of rebirths, but can no longer be grasped.

All religions clearly distinguish between "good and evil" and thus also allow us to draw conclusions about the essence of Creation, but also about its gods, in that human draws conclusions about Creation or existence from himself and identifies it as "good", knowing or believing that there is also evil, evil spirits and foreign gods.

This realisation becomes clear because even a newborn or a very small child cannot be up to any evil, but only when it has become capable of making decisions.

So there are also isolated people who remain far from good and evil.

These are severely disabled people who cannot speak or communicate and who have no limbs to be able to hurt others.

It is a heavy blow when, as a woman and mother, you have to give birth to a handicapped child and through it your meaning of life can be questioned.

The big questions come up and no one can give a reasonable answer.

One logical answer, however, can be given: People who, because of their disability, cannot have done the slightest harm to themselves or others, or who, because of mental disability, are incapable of guilt because they cannot make distinctions between good and evil, are unlikely to have been ranked in the same cycle of human life as heterosexual people usually will be, but rather will have been born as placeholders for "Something or for Someone" and will have lived for exactly what a pure soul, albeit partially immature or disturbed, will be needed for.

But also human beings, especially with mental disabilities, were subject to a "defective exceptional gene", and thus these handicapped persons have most probably been pre-programmed or provided for in the "exclusion procedure" for predetermined "souls" by the assignment after life.

For this reason, too, the execution of a single abortion of a handicapped child is already quite simply undiscountable and will certainly have consequences for many of those affected, because the one is always connected with the other.

Conversely, something special certainly follows, because as a parent one has changed one's life accordingly for a handicapped child, if the expectations of Creation that were placed in the parents or human beings are fulfilled and thus nature, connected with God's will, remains through the miracles.

Thus, there are very clear rules and principles that are evident in most of the world's religions, but have increasingly fallen behind and thus the contrary guidelines and ways of life have taken over worldwide.

However, there will be more and more handicapped children in the foreseeable future for reasons already mentioned, which can be seen in the various homepages of my person, and also the price of an abortion, for example, will rise higher and higher than human can think.

Part of human nature is the desire and the will to stay alive and not to die or to be immortal.

The same will happen with Creation and the Creator(s), whereby the will and the power of life includes the whole of Creation and the balance of supply is already clearly evident, which can also be seen in the highly technical treatments of modern diseases and epidemics, natural disasters, climate change and the earth, but was obviously known through the Revelation of John.

But the adversary we know, or the devil, also wants to live and he obviously wants to be the greatest.

He can achieve this, as it becomes clear, through the many crimes and through the sins of the living and the dead, since he embodies a predetermined position of power of the Creator and almost all predetermined "countermeasures" have already fallen into "check" or "checkmate".

Thus, of course, the Adversary, with the souls that belong in his possession, has reached where the universe closes and an alien universe with alien creatures and alien solar systems begins, since quite obviously the Creation has bound itself to this living, alien, high-tech creature.

But also in the last corners of the divine infinity there are probably further habitats for extraterrestrial life, which, among other things, were possibly created by the numerous dead of Africa by means of one of the creators and gods (Africans) "leading back" through rebirth and could be led back into the cycle of life at the end of time. (E. g. Planet of the Apes? Filmmaker><z. E. g. by eyewitness to an African woman's psychosis.))

So some of these "aliens" certainly remain hidden from us, but for good reasons another (psychotic) species could also be aiming at the earth or already be among us in isolated cases in order to put an end to the remaining life by destroying the earth, should the highly alien being(s) be indomitable, which probably also knows nothing other than wanting to remain alive or exist!

Now a highly contagious plague is already to be feared; now many of the fields in Africa are almost lost to the plague of locusts and also in our country some fields are already yieldless and without harvest due to the rapid multiplication of field mice, which could be explained by global warming.

Now further catastrophes follow, also for the supply balance of Creation, which will logically be true, since the Revelation of John was deposited as a prophetic description of the events in the New Testament and thus a plan becomes apparent.

My person has worked on and already published a major part of the plan, which is quite obviously becoming more and more difficult to execute as the dangers increase during the inevitable cultural journeys, which should preferably be undertaken by my person personally.

Last but not least, my person has so far concealed something essential for security reasons and will only verbally communicate the missing "piece of the plan" after receiving her pocket money, which, however, is time-consuming and costly to execute!

In the matter there are not only different religions, but also different races, and also because of this there are these great differences for the whereabouts of the soul of human. 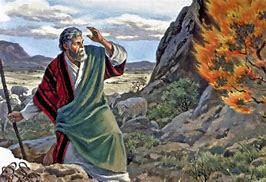